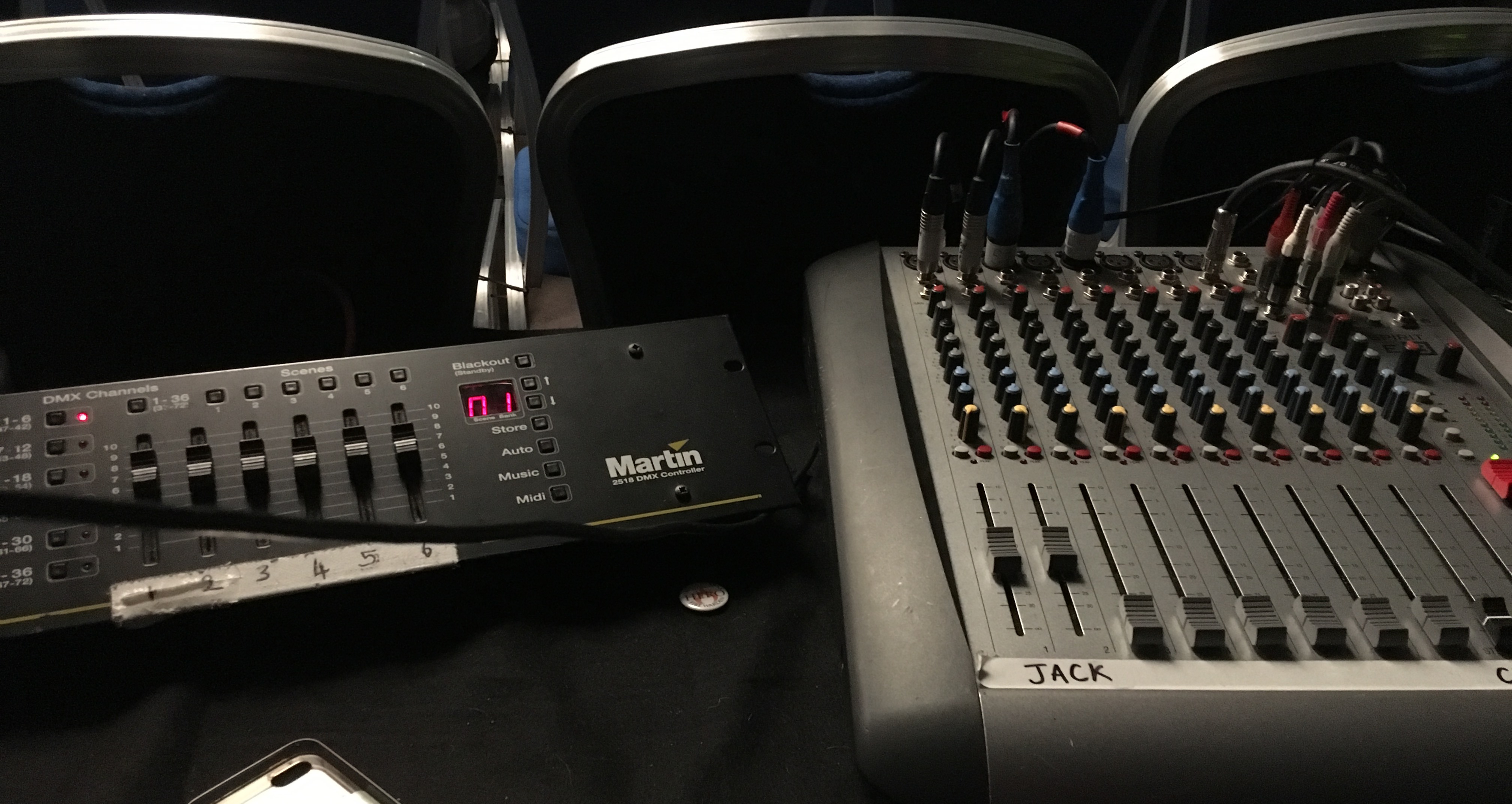 Day 3 in this wild fabulous city of Edinburgh in the largest Fringe Festival in the world, and the realisation dawns that even if I had been here for a month, I couldn’t possibly get to see everything I want to see. And even when you think you’re choosing well, it could be that their marketing blurbs are just written well. Mind you, I’ve not seen anything I regret spending that time on. Including experiencing Ruby Wax teaching mindfulness. I kid you not.

Another 5 shows today and I’m back early with more reviews to write – but mainly because going to sleep at 2.30 a.m. each morning then being up early has taken its toll and I’m knackered!

Here is a little example of how busy this place is. Below is a small section of the map of Edinburgh with all the Fringe venues on it. A very small section. So, look at number 33, on the right of the picture. Kind of on its own there.

One number = one venue. Right? Wrong.

Walk in, to a little cobbled courtyard. Loads of picnic tables. Prosecco bar. Other bar. Food serveries. Coffee hut. These places (and there are lots of them) remind me of Riads in Morocco: extra large houses with a courtyard in the middle. Also – there seem to be tons of prosecco bars… maybe a Scottish thing..? I digress. The point is, that one number represents about 6 or 7 different venues each of which has their own programme of shows. It’s absolutely astonishing how much is going on here. 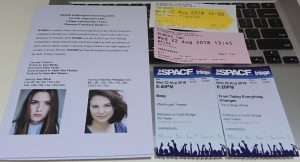 First show I saw today was with Helen and was Weird. Not a value judgement, that was the title. Holy cow. So incredibly moving, and brilliantly performed. One young woman with hardly any props. It’s hard to sell a show about OCD in its stark real form but this was both funny in places and desperately sad. OCD is used so flippantly in every day language now as a term for being fussy or fastidious which is hugely insulting to those who actually suffer with it. It was also educational, hearing the inner monologue of someone with this condition, and the difference between that and what they say out loud, as well as the way everyone else around them reacts to their behaviour which is just regarded as “weird”.

I stayed on after, wiping tears, and then couldn’t walk past a little table with 3 whisky bottles and little tasting cups without being drawn in. I have no idea whether they were selling it in the pub to which the whisky belonged or just giving it away; but I ended up being educated in where the whiskies came from, how they were made, and the history behind them. I smelled all of them and wow did they smell different from each other, I was amazed. I wasn’t going to try but one of them was intriguing so I did – and goodness me it tasted bloody lovely, which I was not expecting, having previously believed I’d grown out of liking whisky.

I stayed in the courtyard, once again having random conversations with total strangers – I love that there is no expectation to swap numbers or stay in touch or be forever pals. It’s nice to have these interactions with people and take them for what they are.

That’s where I discovered that Ruby Wax was just about to start her one woman show “Frazzled” and there were tickets available. I had no idea what to expect but I always loved Ruby Wax on TV so why not.  Turns out she was talking about people being frazzled, which she explained is not the same as stressed. People need a certain amount of stress, but now we don’t know how to stop being on alert: the fight or flight response. We are flooded with cortisol and can’t switch it off. Until we involve a different part of the brain to quell those spiraling voices. How do we do that? How do we activate the sensing part of the brain? Mindfulness. Which she then proceeded to get us all to do. I never in a million years thought I would be taught a version of mindfulness and good mental health practices by Ruby Wax. Don’t get me wrong, she was still really funny while she did this. And I agree with every word. If I hadn’t been paying such close attention, I would have been nodding. Her description of us as a human race as very clever, with very powerful brains that we have forgotten to use properly by saying we have a ferrari on top of our heads but someone forgot to give us the keys; is an analogy which will stay with me. We, as a race, are definitely clever she emphasises. After all, “we invented bubble wrap”.

I then ran to my next show. OK, walked very fast. Could I find it? Took until it was just starting by which time I was breathless from running up and down hills. Then that over ran, and the thing that I was due to see at the moment when that finished (which was supposed to be in the same venue but was in a different part of the venue) was just starting as I snuck in and sat down. I’m reviewing those and still mulling. Maybe I’ll get up early in the morning and do that. Maybe pigs will fly though.

The cafe opposite the alleyway to the venue for Antling is a real safe haven I really love it. I just fancied some comfort food to be honest, so I asked for egg beans and chips. Sometimes egg and chips is the bomb.

Helen was fabulous in Antling – again – of course. I wish us bigger audiences, she deserves it, and people deserve to see it. It’s a brilliant piece. The people who’ve been have totally loved it. And I’m loving my Edinburgh Fringe office (pic below) for the week. I really am.