It’s been an amazing journey in support of this fabulous production. I have some really good friends in the cast, among them Phil Nair-Brown playing the Creature, and Sam Razavi playing Victor Frankenstein. These actors are incredible professional actors, super talented, and also super lovely humans. Their scenes together are electric – they positively sizzle.

So if you’ve seen any publicity on Facebook, Twitter or Instagram, that will be my doing. Or press, for example this lovely article across the Worthing Herald Group of newspapers thanks to Phil Hewitt: click here. Or if you see the show and like the programme, thank you very much!

I’ve also been part of creating the lighting for the show, and I will be running lights (and there are a lot of changes) during the show. I don’t expect you to notice necessarily unless you are involved with theatre yourself – it’s there to add ambiance, to improve your theatrical experience – so people usually only notce if it’s wrong or jarring! Which is the same for sound of course. It’s been full on, lighting tech until 1.25 in the morning, then back in the Theatre 2 days later as there seemed to be issues (which it turned out there wasn’t) but changes and tweaks were requested: another 3 hours. It’s all worth it if it looks amazing, and it does.

And working with some brilliant friends while you do all this? Priceless. Absolutely priceless. 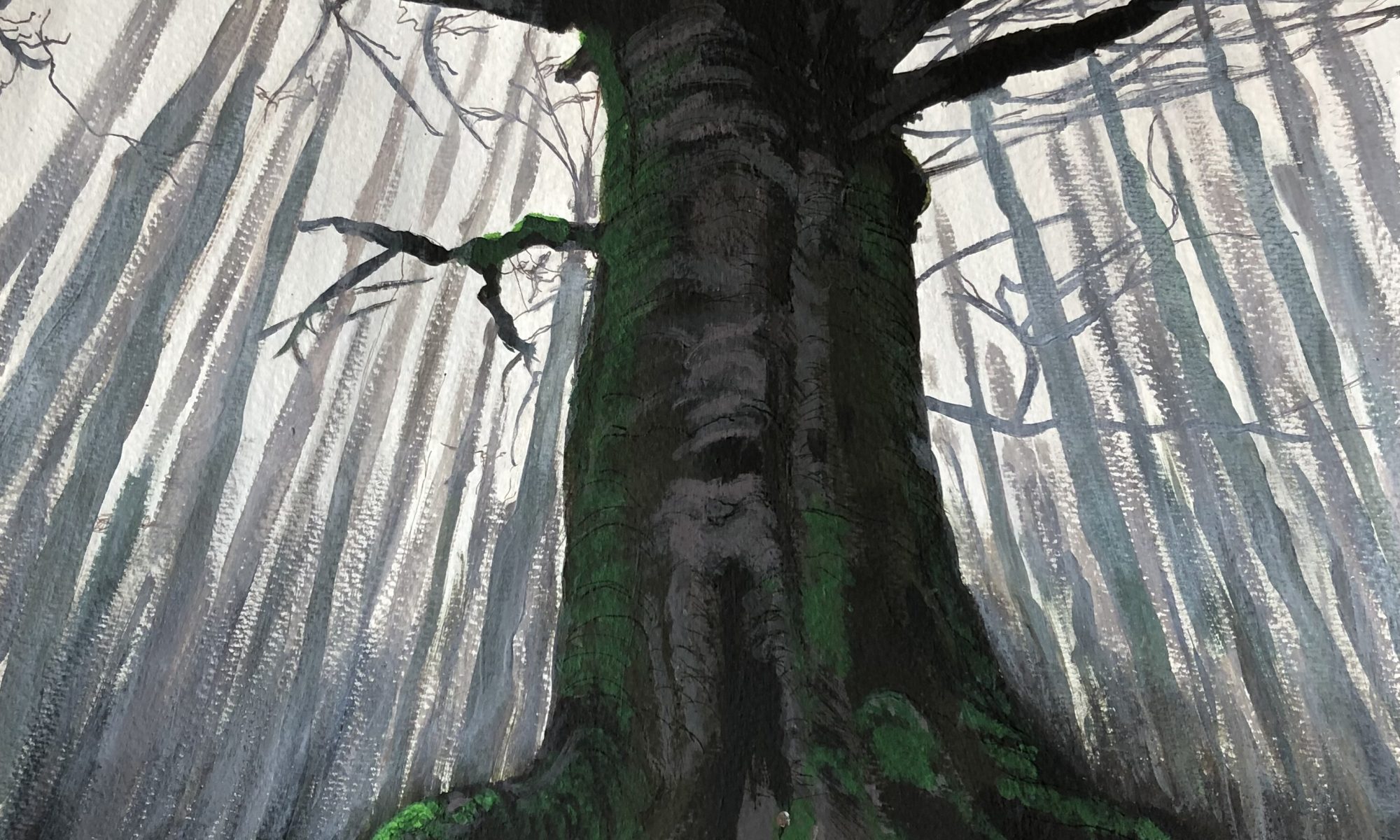 I eventually finished my latest arcylic on canvas paper painting. It’s amazing how long something takes when you only work on it 2 hours every other week for a couple of months.

Just painted this, for my sister-cousin’s birthday, who I hope doesn’t read it before she gets this through the post… of course I’m late with it, with best intentions, but at least I sought out an inspiration photo and painted this entirely with her in mind. I hope she likes it, I definitely do! 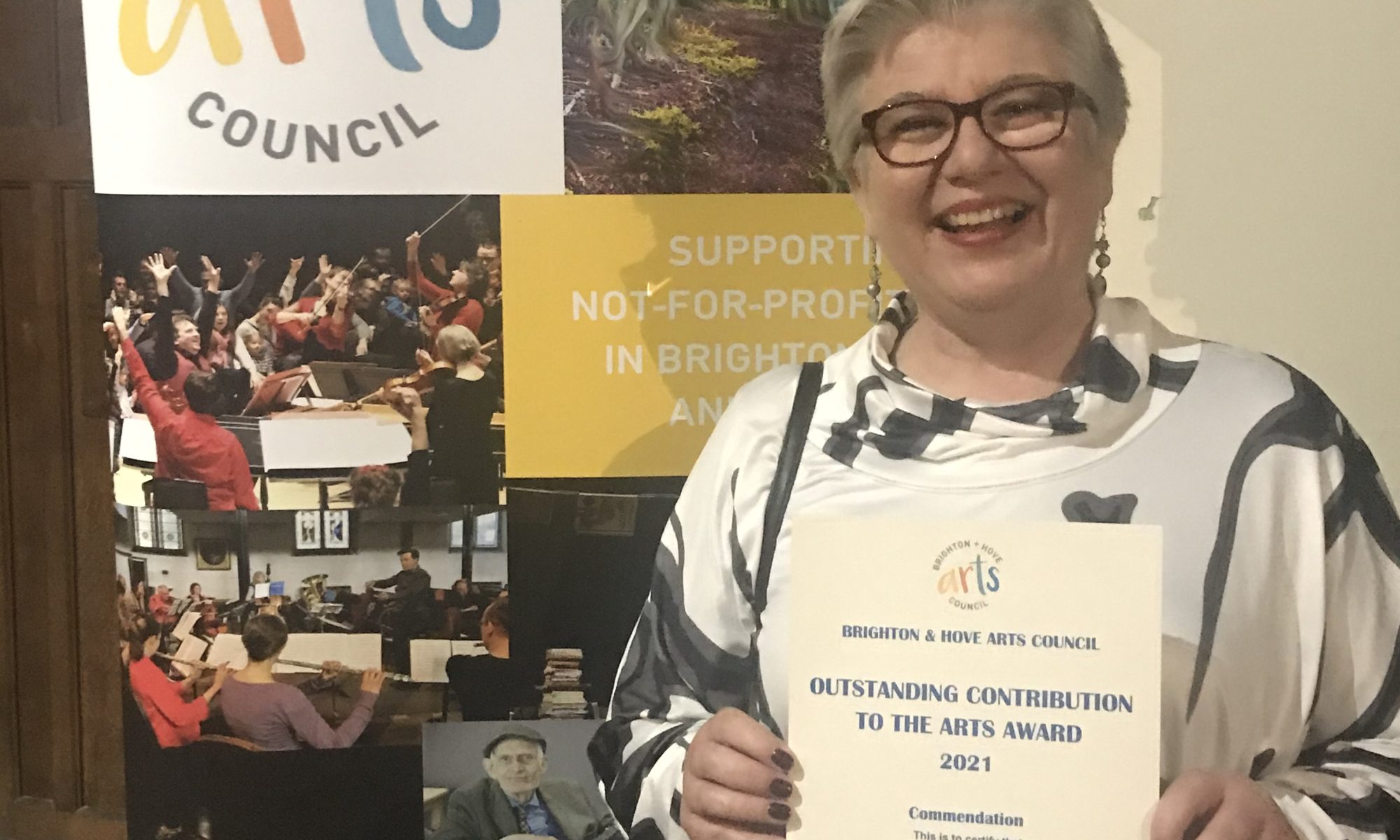 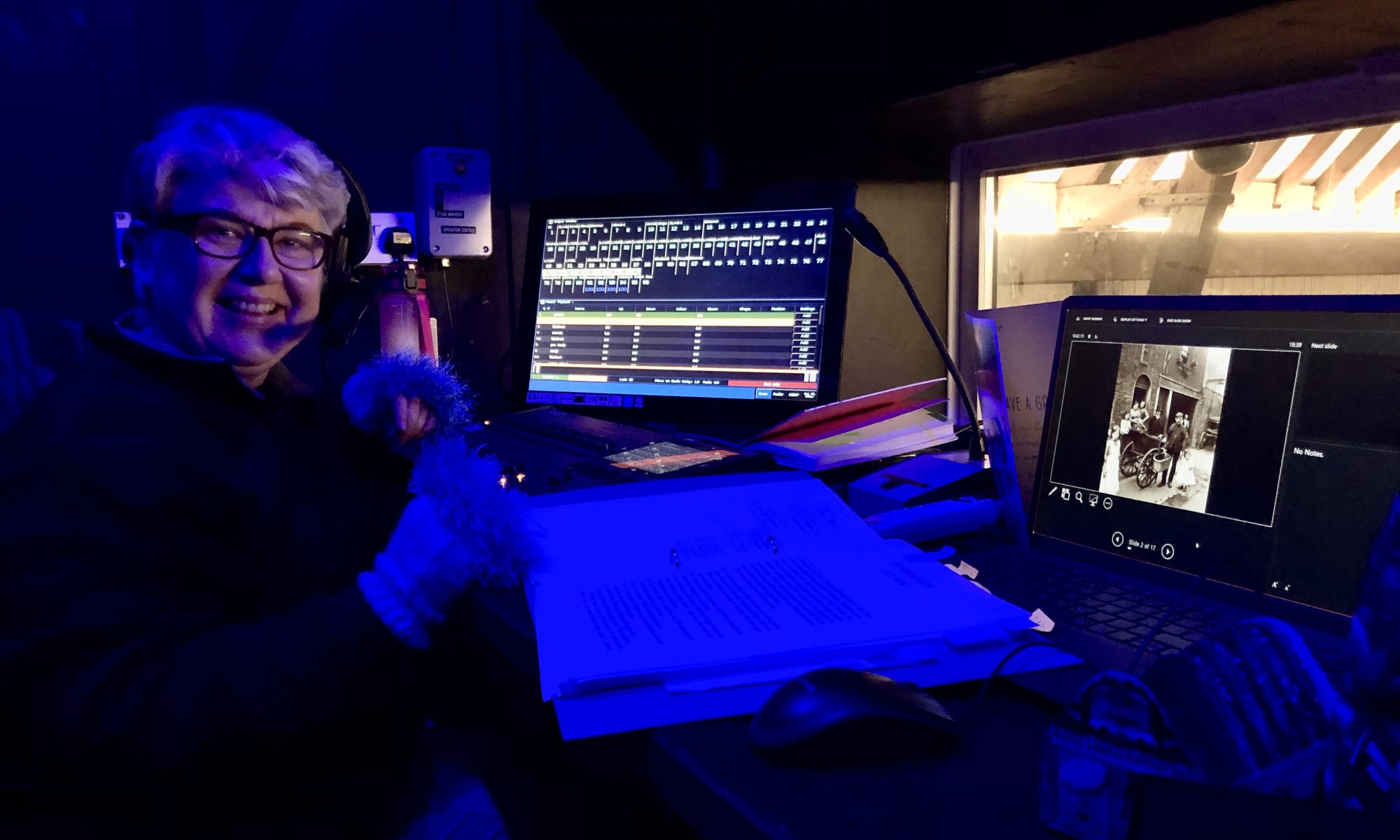 October 2021 I was at last back on stage performing. It was truly brilliant to be back especially with a sell out show which made so many people so very happy!

Not only do I love “Cluedo” having grown up playing the game both in English and in Swedish, but I adore the film “Clue” with Tim Curry: in fact, it’s my all time favourite comedy film. I’ve been quoting Madeline Kahn’s lines as Mrs White since I saw the 1985 film. So I was thrilled to get the part of Mrs White – I had to fight for it though! I was the only actor who had a call back! And I’m so grateful to Director Julian Batstone for trusting me with the role. I was also producing the show, but I would still have been Julian’s production manager even if I hadn’t got the role (although I would have been extremely sad and disappointed!) I also had the opportunity to train as lighting tech with a full 96 channel board and learn from the hugely talented Martin Oakley. It was fantastic.

We were also recognised in the Brighton & Hove Arts Council Awards with 5 nominations and 2 wins: Best Actor went deservedly to Guy Steddon for his incredible performance as Wadsworth the Butler, and we (the cast plus 1 stunt double) won Best Stage Crew for the funny and in character way we moved the set around.

I also had to tango with Guy, which I’m sill not sure he’s forgiven me for… I seriously learned steps for it and everything, and practiced at home in front of a very bemused Andy.

Actually saw a couple of shows last week. Both were at the Lantern Theatre and so interesting. The first one – not having been out in ages, I just wanted to enjoy it. The second: “Duty”, was so good, I wanted to write about it.

Written by Bomafabia Wokoma, directed by Laura Rinati, Bomafabia Wokoma and Lenette Randall, and Produced by “A Little Twisted”. Here’s my review on Broadway Baby – enjoy!

At the beginning of this lockdown I was worried about my lovely little girl who was getting quite down. Even though lovely Mia has multiple special needs she is not currently able to go to school, which she adores; she can’t see her friends and she’s a very sociable outgoing little ray of sunshine that loves people. So, suddenly not seeing people, alongside not having the regular routine, is very hard.

But I’ve realised since that it was also really affecting me, and she was also picking up on my mood. Being restricted, being told what to do by people who I don’t respect: it was making me slightly crazy. I became quite down, trying to deal with being angry at a situation where I feel powerless and have no control… but. There are things that you can control. Of course there are. You just have to realise that in any difficulty, in any challenge: there is also massive opportunity.

Opportunity to push yourself out of your comfort zone, or think a little differently about something, or try something a bit new that you wouldn’t have tried before.

I cut my own hair. The ends were really fuzzy so I thought about how I could trim the ends when I have some hair scissors and have cut people’s hair before but never been trained and I’m not a hairdresser..! So I made 3 bizzare ponytails and cut the ends of my hair and thinned it out. The result is actually one of the best haircuts I’ve had. Which I’m sure is accidental, but there is no way I would have tried this had I not been exactly where I am right now.

And wearing odd combinations of things. It’s no secret that I love colour, but I do usually go for things that I know go together either in texture (like not wearing a jumper with shorts) or colour. I am currently wearing blue striped crop trousers and a spring green top – which I never would have done before; but I’ve discovered it actually looks nice. Who knew?

Third example – I had a sudden thought that instead of waiting for the right moment when my husband would have time to drill holes in the wall, I bought some sticky things to put things up on the wall that I’ve been wanting to do for over a year. I now have my four masks (I love masks) and two Macbeth daggers in a lovely (albeit a bit strange for anyone else looking at it) arrangement on my wall.

My little girl’s mood is lifted alongside mine, we are finding so much to do at home it’s really wonderful spending so much time with her. I’m reminding myself to wear jewellery even though the only person that notices it is me. I tell myself even though I’ve put on weight during this lockdown (who hasn’t?) that I look nice (if you have nobody that does it you need to do it for yourself: trust me, it helps).

Even when the world seems to have gone mad, there are always reasons to be cheerful (thank you Ian Dury for inspiring the title). You just need to remind yourself to look. And if you can’t find anything, look harder. Even if it’s a small thing: it may make a massive difference.